Highlights of a week in the parks of Tanzania

I spent six days exploring Tanzania's parks with Ezekial, my guide. We started off by visiting Ngorogoro Crater where like every safari neebie, I was excited to see the first zebra and wildebeest we passed. By the end of the safari, one becomes a bit desensitized and the animals have to be really doing something special or number in the millions to get one's attention.

Here are the highlights
- Being in the midst of a group of elephants when two bulls, one on either side of the landrover started to make menacing moves toward each other. Ezekial navigated us out of their way but seemed a little worried. I figure when someone has been working as a guide for seven years is worried, I should be too.
- Hot air balloon ride over the Serengeti at dawn. We saw lots of animals, including hippos running, which I had otherwise only seen wallowing in a pool, as they feed at night.
-Being smack dab in the middle of the Great Migration. A million wildebeest surrounded the vehicle in every direction.
-Spending time chatting and throwing spears with two young Masai warriors at a lodge on lake Manyara.
- Hearing a male lion at night about 15 meters from my canvass tent. 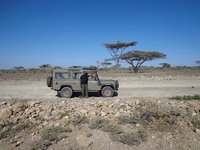 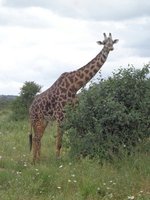 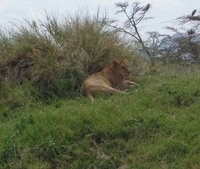 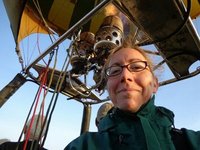 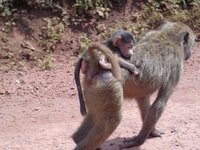 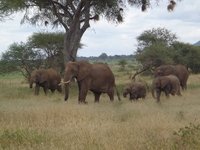 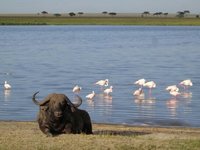 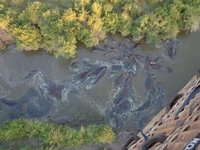 Posted by LizDykman 21:42 Archived in Tanzania

Previous Next Table of contents

Wow. That sounds unbelievably amazing, and your photos look like they're from National Geographic. So happy for you!
Stephanie

I subscribed for a full six months, but have not received my last two issues. This Safari edition was the last to be delivered, and that was almost a month ago.

This blog requires you to be a logged in member of Travellerspoint to place comments.

If you aren't a member of Travellerspoint yet, you can join for free.